When it comes to people who manage to successfully lift and carry away another person’s possessions, there have been some famous ones over the years. There have also been some mythical characters who have enchanted us all with their dastardly deeds which are simply too wicked to speak of in public.

Here are a few of the mythical and real-life thieves who have such audacity with their chosen vocation.

The many movies and TV series about Robin Hood focus on the idea of stealing from the rich and giving to the poor. It’s an enduring theme with some appeal. Just think of the protests about how the top 1% make their living and the other 99% who don’t do as well economically; it’s easy to understand the appeal of Robin Hood and his band of Merry Men. 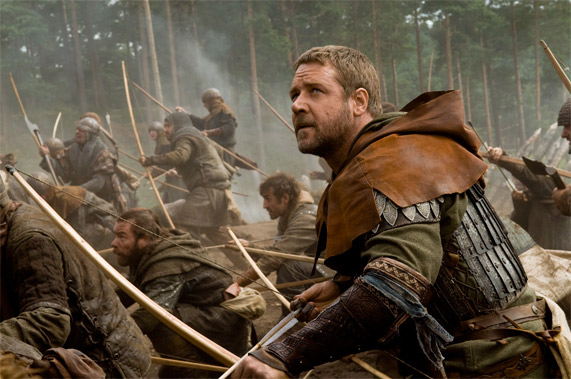 The fable dates to the 13th century and has lasted because of its sense of derring-do, the swashbuckling adventure and swordplay, and romantic intrigue too. The Sheriff of Nottingham is almost as famous, especially as it was outrageously played by the late, great Alan Rickman in Robin Hood: The Prince of Thieves.

Jesse James, the real-life American got busy in the Wild West taking down banks, trains, and stage-coaches for any valuables they were carrying. He gained his experience during the American Civil War as an unorthodox guerilla fighter, so improvising which target to take down next and how to do it must have come easy to him.

He later teamed up with the Young brothers along with Frank James where they laid waste to the southern part of the United States until he came to a sticky end. His folklore as a bandit is still known today along with other great Western figures like Doc Holliday, the Earp brothers, and Wild Bill. Find out about other famous thieves through history in this article from Smashing Tops.

The tale of Bonnie and Clyde was immortalized in a movie of the same name starring Warren Beatty and Faye Dunaway. Their spate of bank robberies in the early 1930s made them notorious while they were alive due to new coverage at the time. The photos of the couple posing in each other’s arms left when they had to escape from pursuing law enforcement hit the press and increased the interest of the public in their escapades.

While their tale of crime made them famous, it also led to a vendetta by law enforcement who formed a posse to catch or eliminate them at any cost. The same fate befell Dillinger and his gang too. Crime pays, until it doesn’t.

The Grinch stole Christmas. Or did he? This children’s tale has endured, frightened and enthralled children in equal measure (not to mention quite a few adults). The Ron Howard movie starring Jim Carrey as the Grinch was a Christmas-themed hit with the grumpy, excessively green Grinch no longer able to behave badly if he was to be accepted. A good lesson for kids everywhere.

Whether a tall tale or real life from the 1800s or early 1900s, the stories about daredevil thieves who felt it was better to steal than work for a living remain interesting mostly because of their audacity. At a time when the laws were being drawn up or modified to deal with an increasingly lawless section of the populace, it’s left us with interesting stories about how things used to be.

WHERE TO BUY AMAZON GIFT CARDS?

3 Reasons Why Living Alone May Be Good for You

Why Should We Recycle Metals?

Are Steel Windows And Doors Energy-Efficient?

Morality and Gambling – Not Polar Opposite

WHERE TO BUY AMAZON GIFT CARDS?
3 Tips For Getting Beautiful Landscape Photos
Bowie knives for sale || Yoyoknives
3 Tips For Displaying Photos In A Small Space