Will CBD Help Someone suffering from Migraines

Simply put, migraines are defined as recurrent, chronic headaches. According to the American Migraine Association, migraines currently affect about 12% of the population which is over 35 million Americans. Migraines could happen instantly or they could be heralded by a host of symptoms and warnings given to you by your body. In extreme cases, migraines could last for days. 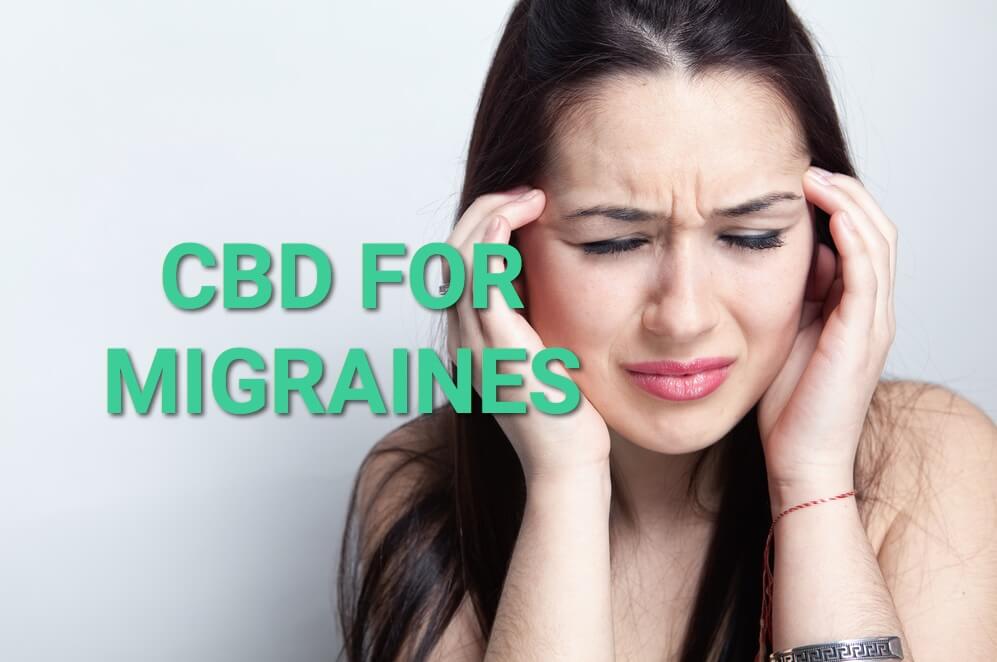 Migraines usually appear as a wave of sensory unease accompanied by a chronic headache that is usually situated on one side of the head. Migraines affect individuals aged 15 – 55 years. Migraines are caused by a wide variety of reasons. For some people, their triggers are light while others experience migraines after suffering an allergic reaction. Whatever your triggers are, knowing what one’s risk factors are and avoiding them Is a great way to prevent a full-scale attack.

Another way to prevent a full-scale attack is by keeping an eye out for migraine symptoms and taking active steps to counter these symptoms.

What is CBD Oil?

Cannabinol operates by communicating with the cells within the nervous system and the brain. The molecules responsible for this are called cannabinoid receptors. Today, cannabinol is used to treat a wide variety of ailments including migraines.

CBD and Migraines: What are the benefits?

Cannabinol has been credited with being able to provide ample benefits to migraine patients without major side effects that could be found with other forms of migraine medication. Here are some of the amazing benefits of CBD use for migraine alleviation:

It causes a decrease in the intensity and pain level of migraines:

In 2017, a study was done by the Cannabis Cannabinoid Research Journal that reviewed previous studies that made use of cannabis for the treatment of headaches. According to the results, the researchers noticed a tangible and meaningful use of marijuana for the treatment of headaches. And although there was not enough evidence to prove CBD oil provides relief for migraines that could be a result of the lack of research being done on CBD oil regarding migraines. Currently, cannabis is not completely legalized worldwide and this tends to be an issue that researchers struggle to overcome.

It triggers a reduction in migraine frequency:

Irrespective of the barriers associated with cannabis research, scientists have continued to conduct studies to test the effectiveness of marijuana on migraine alleviation. In 2016, a study was done by Pharmacotherapy and the results showed that out of the 48 participants of the study, 40% reported having fewer migraines after being exposed to cannabis. Only side effects of this trial were the patients who couldn’t figure out the right dosage to use.

The Research: The Effects of CBD Oil on Migraines

As more governments legalize the use of marijuana, the number of researches into cannabidiol and its vast potential continues to grow. Here are some of the research already done into the effects of CBD oil on migraines:

A study done in January 2016 showed that medical marijuana showed immense potential in reducing the number of migraines experienced by patients. According to the scientists who conducted the research, the inhaled form of marijuana was commonly used to deal with acute migraines and they helped in alleviating the pain completely.

For most CBD users, the best way to take it is by inhaling it. Another study done in 2009 by J Opioid management came to the conclusion that medical cannabis has the potential to help patients who had been suffering from chronic pain and had become addicted to the opioids they had been using. These group of patients wanted to reduce their dependence on the opioids they had been using.

It is clear to all that more research is needed to properly determine the efficacy of CBD oil for migraines. Researchers are less likely to conduct studies when they are worried about getting caught and facing criminal charges for their actions. This is why more states within the country and other countries need to legalize the use of marijuana to spur on necessary research.

Like every other form of medication, cannabidiol has it’s over side effect. However, it is, important to note that generally, CBD is very safe and is tolerated by millions of patients around the world.

Here are some of the side effects experienced by patients:

Dry mouth is probably the most common effect of using CBD oil. It is very important to bear this in mind when using CBD oil as the patient should remain well hydrated

And finally, drowsiness. These effects are the reasons why CBD users are advised to steer clear of driving or operating dangerous machinery while using the substance.

How to use CBD Oil

As expected, there are no generally acceptable CBD oil use guidelines. Usually, the dose to be used depends on a wide range of issues including the weight and height of the patient, the CBD oil concentration, severity of the migraine and so much more.

Method of use of CBD oil could be either through vaping or ingestion. Taking CBD orally could reduce the number of effects seen by users so that could be a place to start. Finally, when using CBD, it is always advisable to start off with a small dose and increase should the symptoms persist. You should also seek your medical doctor’s opinion before using cannabidiol.

It goes without saying that migraine research still has a long way to go. And regardless of the fact that it may not be seen by many as a complete cure, there are millions of users around the world who are living better lives thanks to its effects. CBD is definitely showing promising signs of improving migraine symptoms which will enable patients to live better lives.

If you want to learn more about our blog, please click here.

What’s the Difference Between Fostering and Adoption

Bad reasons to refinance your mortgage

5 Tips For Learning a New Language

How to fall asleep fast

How to make your garden more peaceful

What’s the Difference Between Fostering and Adoption
Bad reasons to refinance your mortgage
Daydream Fuel: 3 Types of Holidays to Start Saving for NOW!
Moving Home – Last Minute Tips You Need